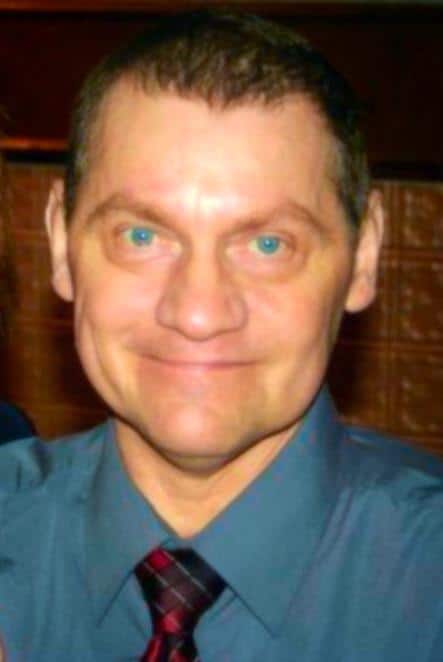 Albert Paul Quenneville August 14th 1959 – June 12th 2018. It is with great sadness that we announce the passing of Albert Paul Quenneville Jr. on
June 12th, 2018 at the age of 58.
Albert is survived by his loving daughter Hollie (Tegan) and his  adoring grandsons Jaxson, Austin, Damian, Hayden and Houston.  Albert is lovingly remembered by his dearest friend Wayne Perry and his wife Liz and family. Also, the Ribson Family made Albert’s life full of beautiful memories because of their love, support and friendship.  Albert is predeceased by his loving parents, Albert & Patricia Quenneville; mother Carol Uzninski; step-sisters Pamela Petz and Debbie Roy as well as his grandparents. He will be fondly remembered by his sister Lu-Anne Renzie; his niece Deanna; his nephew Michael; his step sisters  Shelley (Glenn) Tocher and Cindy (Drew) Milne; step brothers Terry (Deb) Roy and John Petz. As well as Uncle George (Edna) Quenneville, Uncle Charles (Carol) Quenneville along with many cousins, nieces and nephews from whom he found so much inspiration and love.
Albert was an avid fisherman in his younger years.  You could find him on the Grand River boating and fishing with his daughter Hollie trying to catch the biggest pickerel.  Albert was a gentle and loving soul who demonstrated amazing grace, strength, resilience and optimism throughout his life when facing health issues. He is an inspiration to us all. We will miss his sense of humour, kindness, Love and his constant smile. The world will be a lesser place without him.
The family would like to thank the entire staff at Grandview Lodge, Senior Support Services and the many Doctors and Nurses that cared for him over the years. Honouring Alberts wishes, Private cremation has taken place, a Celebration of Life will take place Saturday July 7th 2018 from 4:00 pm – 7:00pm at the Cayuga Legion 11 Talbot St. West Cayuga, ON. In honour of Albert, please dress casually. A Private Family Ceremony will take place at Chapel Hill Memorial Gardens Stoney Creek, Ontario at a later date. Online condolences jwhartfuneralhome.com