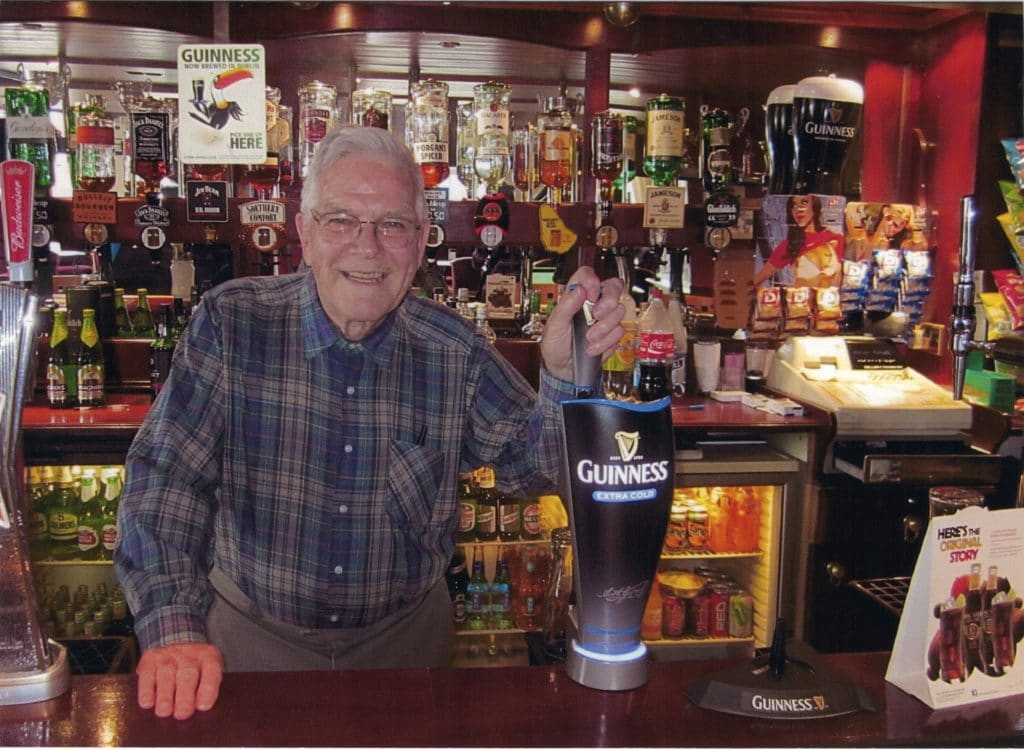 Peacefully, on July 12, 2019 at Edgewater Gardens in Dunnville, Ontario Derek O’Brien passed away in his 95th year.

Much loved father of Kevin and his wife Denise, and Terry and his wife Veronica. Adored Grandad to Katie Black and her husband Tyler, Erin O’Brien and Shawn O’Brien. Great Grandfather to Austin, Logan, and Noah Black, who will miss their weekly visits with GG very much. Our Sunday dinners will never be the same. Also, Grandfather to Kerry Scrivens (Chris), Shea (Kathleen) and Riley O’Brien. Predeceased by his wife Joyce (Fleming) and his infant son Michael Patrick in August 1962 and by his wife Eunice (Dewey) in 2005. Dear brother of Moyra Obermeyer of Guelph, Gerald O’Brien (deceased) and brother-in-law to Gloria Fleming (Harold deceased) and Howard and Corinne Fleming all of Dunnville.

Dad was born in Birkenhead, England the son of James and Margaret. At the outbreak of WWII he was evacuated along with his younger brother to Wales and always had a great fondness for the country. In his late teens and early twenties he cycled all over the country, always doing at least 100 miles per day. Thank goodness he kept a detailed journal of many of these trips that we can now enjoy reading. On a trip back to Wales and England in 2012 he was able to show his boys where some of his cycling trips took him and also his childhood homes in Birkenhead. After WWII he and his father came to Canada for new opportunities and a better life for the family. They landed in Halifax and took the train to Hamilton, they emerged from the CN Rail Station on James Street North into a horrendous snow storm and said to each other, “What have we done!” Dad started at Dofasco as a Draftsman and had a wonderful career for 37 years , retiring in 1987 as Assistant Chief Engineer in charge of Production. We will miss his stories, his kindness, his guidance, his generosity, his intelligence (he could answer any general knowledge or geography question before anyone could ask Google) but most of all we will just miss him. And to quote him, We hope heaven looks just like our backyard, where you are sitting with Guinness in hand!

As per his wishes cremation has taken place. A Celebration of Life will be held on August 25, 2019 at the home of his son Terry, 1659 Westbrook Road, Binbrook from 2:00 to 5:00 pm. Memorial donations to the Dunnville Hospital & Healthcare Foundation would be appreciated (dhhf.ca)  Online condolences jwhartfuneralhome.com