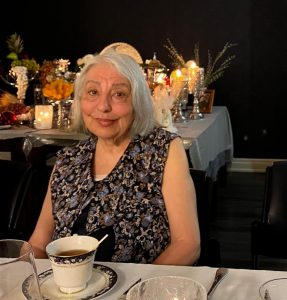 Mihan Kazemi
June 20, 1943 – April 19, 2022
Mihan Kazemi, passed away with breast cancer peacefully at home surrounded by her loving
family. She experienced a final gift as her grand children, Cyrus from Nova Scotia, Mina from
Baltimore and Yasmin from Toronto were all with her bringing joy and peace during her final
days.
Mihan was born in Iran in the province of Azerbaijan. There she was raised in a rich cultural
environment where her natural artistry was first recognized and nurtured.
In 1961, at the age of 17, Mihan was selected as the best student in painting and calligraphy in a
regional competition. She went on to represent Western Azerbaijan in a country-wide
competition where she placed third amongst the best art students in all of Iran.
Mihan was married to the late Sadegh Kazemi, the former Deputy Prime Minister of Iran and
together they travelled extensively throughout the world as dignitaries. They immigrated to
Canada in 1979, and soon after Mihan, Sadegh, and their son, Reza, founded Mihan Publishing
Inc. in Toronto where Mihan acted as the design coordinator and graphic artist for numerous
and varied publications.
Away from her homeland, Mihan was inspired to also focus her artistic talent on the painting of
exquisite miniatures, a traditional Persian art form. In 1986 she participated in an international
miniature exhibition organized by Delbello Galleries of Toronto.
In addition to her artistic endeavors, Mihan volunteered for various educational and cultural
foundations as well as Toronto General Hospital. As an avid environmentalist, she promoted
small steps to decrease one’s personal footprint on the natural environment.
Over the years, Mihan was recognized with several achievement awards including the Premier of
Ontario Award for her outstanding work on the Bicentennial Program and a commemorative
plaque for her generous help in fundraising by the United Nations. Fittingly, she was awarded
the distinction of 5 Years of Volunteer Service in Ontario from the Ministry of Citizenship and
Culture.
Most significantly, Mihan took great pride in being a grandmother- sharing her talents in
cooking, dancing, singing, and playing tennis.
Mihan will be dearly missed by her son, Reza, daughter in law, Barb, and grandchildren Yasmin,
Mina and Cyrus.
Her final days were filled with reminiscing, singing, dancing; laughter and tears. Her final words
to us were “When you are laughing, I am with you laughing; when you are singing, I am with you
singing; and when you are dancing, I am with you dancing. I am always with you, loving you
…..Love you more, Mihan. 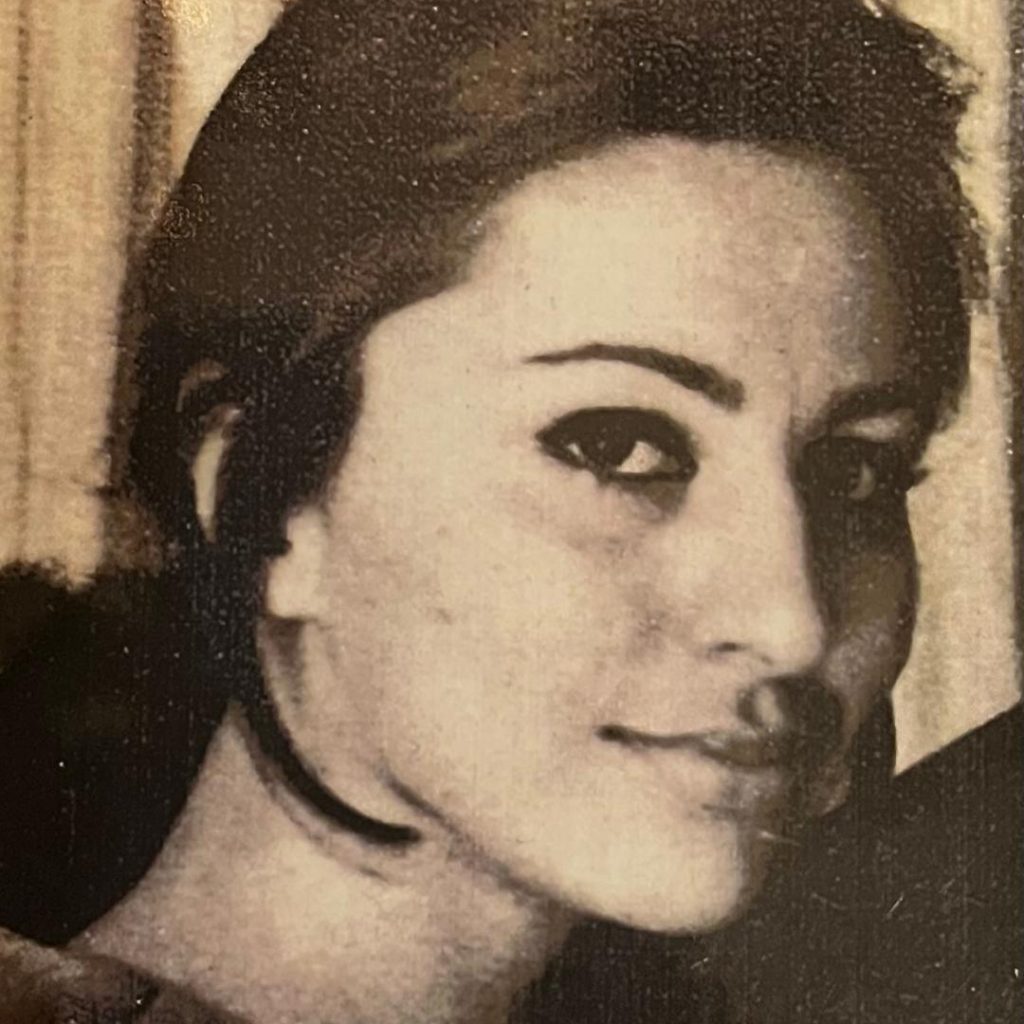 Our sincere condolences in the loss of a such a beautiful, talented and loving Mother and Grandmother.

So sorry for your loss. With deepest sympathy and gracious condolences.
Helen

Sending love to your family today as you say goodbye to your beloved Mother and Grandmother. May your memories bring you comfort.

So sorry to hear Reza,may God be with you and family thoughts and prayers goes out to you and Family Thinking of you.

I am so sorry to hear about the passing away of your Mother and Grandmother- what loving final words to have as a memory to continue through life with!!!!
Kara Duliban-Gee