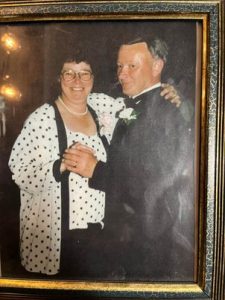 It is with profound sadness that the family of Patricia Ann Frost announce her passing on January 12, 2023 after a brief battle with ALS. Pat was born in Niagara Falls Ontario in a year she prefers not be mentioned. She moved to Dunnville with her parents Billie and Cecil along with her 3 protective brothers, Steve (Shirley), Gary (Marg) and Shawn (Stacey) Simpson in 1958. She married her high school sweetheart in 1966 at her mom and Gram, Luella’s encouragement. The story according to Pat was they both liked Garry more than her.  She enjoyed spending time with her Father-in-law Reginald Frost as well as her grandfather Joe Kenyers.

After trying for many years to have a child they had the first of their 2 children in a year her 1st born prefers not to mention. After attempting to return to work, she found her heart wasn’t up to leaving her baby and she stayed at home to raise her daughter BJ (Billie-Jo) then her son David (Garry). Pat would eventually return to the work force. She worked at Wabasso, Co-op, Canadian Tire and then Bick’s Pickles where she injured her hand thus ending her label machine operator career. Pat loved cheering for her children during their many activities such as hockey and lacrosse. Making many friends and memories.

In her younger days Pat was involved in assisting her husband with the many adventures he was involved in. The Royal Baseball team, Dunnville Mudcats and the Dunnville Legion. Along the way they met the greatest couple to accompany them on many adventures. Late night dance parties, Bush Gardens and Vegas to mention just a few. 46 years later, Dave and Joan McQuillen remained by their side.

Pat welcomed many of her children’s friends that needed a helping hand into her home. She had rules: go to school, get good grades and pay a little to help out. Christine, Sylvia , Dave  and Scott  to name just a few.

When BJ married her high school sweetheart, John Phibbs, it was like history was repeating itself. (She liked John more than BJ so the story goes)

When the grandkids started coming, Pat would be one of the loudest supporters in the crowd. She loved watching Hockey, track and Field. (She wasn’t a fan of soccer but went however grumbled a little). She was very proud of her 11 grandchildren Johnathan, Jordan (Becca), Josh (Dayna), Hailey (Nick), Kylie (Lucas), Ashley (John), Kenneth, Hailey, Emily, Madelyn and Leah as well as her 5 great grandchildren, Declan, Paisley, Cooper, Rosie Patricia and Gloria

Pat was known for her dry sarcastic sense of humor. She had a small circle of friends and that’s the way she liked it. She loved the Casino and would go as often as her pocket book and weather would allow. She hated driving in the snow and essentially hibernated in the winter. She loved her Leafs and Blue Jays. Although choosing to avoid watching them play to save the neighbors from hearing her yell. She also loved all things Elvis and had a lot of “collectables” that would be worth money “one day”.

She will be missed by her brother and sister in-laws, Jack (Lynn), Janet (Rick) as well as many nieces and nephews.

Special thank you to the Dunnville Hospital staff as well as Dr. Kamouna for making her last days comfortable. As well as her new friend that she made while in hospital Joan McMann and family. Greatest roommate ever!

As Pat was not a fan of winter, her celebration of life will be announced at a later date when spring flowers and not snow are present.

In lieu of flowers, donation to the ALS society, Dunnville Hospital Foundation or the Dunnville Legion Poppy Fund would be appreciated. Online condolences jwhartfuneralhome.com 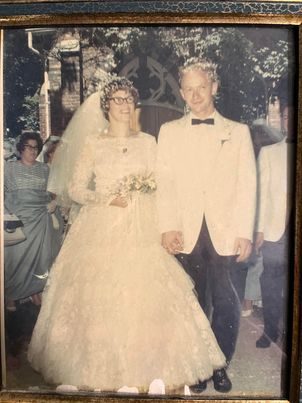 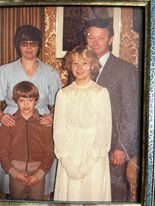 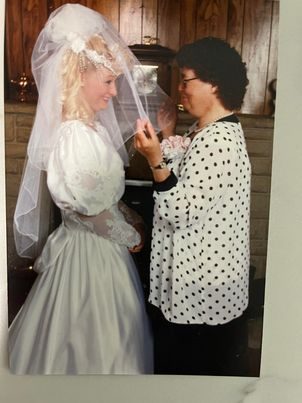 Thoughts and prayers be with all of you in this time of sadness. Deepest condolences, The Case Family.

We have great memories of the Frosts from the good old Sr Mudcat days to more recently being included in family gatherings. Pat is at peace now& walks beside you every day unseen, unheard but always near. So loved, so missed, so very dear
You are in our thoughts&prayers
Shirl& Craig Surridge & family

Our deepest condolences to the family. You will be missed by many.

I’m so sorry for the families loss, may she spread her wings and fly.