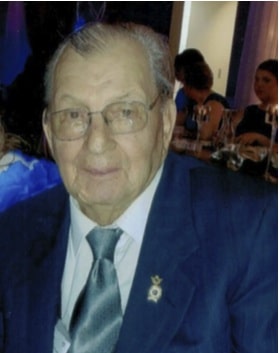 After a brief two day stay at the Dunnville Hospital and reunited with the love of his life of 73 years Nellie, an inpatient at the same hospital, Paul entered into the arms of his Lord and Saviour peacefully with quiet dignity, enveloped by family love.

A role model and humble hero for his loving children, Lorne (Valerie), Dennis (Cathy), Christine (Phil Head), and Ron – predeceased, (Donna). The youngest and last of seven Boyko’s, all proud first generation Canadians of the late Frank and Anna who immigrated from the Ukraine to homestead and make a better life in rural Saskatchewan in 1904. Nothing brightened Paul’s life like the numerous large family gatherings that were held at their Dunnville home. The laughter, stories and loud raucous debates were something to behold and now treasured. The family grew over the years, with the addition of grandchildren Cheryl Lynn (Michael Summerfield), Lee-Ann Hanna (Pete), Paul (Leah), Michael (Nicole), Danny (Sara), Ronnie, David, Jodi (Patrick MacDonald), Adam (Ashley), Julianne, Colin (Emily), Shannen (Aaron McQueen), Brennan, along with 13 great grandchildren.

Paul owned and operated Comet Dry Cleaners for many decades, was an active member of the Lions Club and a big part of St. Michael’s Church Family. Though a late comer to the sport he added another passion, golf. Always ready to regale with a story his good nature and big smile made him a favourite with everyone he met, just ask the staff at the InPatient wing of the hospital where he was a daily visitor doting over Nellie. The last three weeks weakness and fatigue took their toll and he couldn’t visit the Saskatchewan farm girl. “I love her today as much as when we were first married” he would say in the past few months. Living totally independent right to the last, the way he wanted, much to the chagrin of his nearby children and Dr. Xu whose care, compassion and persuasive professionalism was a godsend to the family. Paul is probably selling Lions Club raffle tickets in a church basement somewhere with golf clubs at the ready while relating a family story to son Ron and grandson Michael. For those of us left behind, there is a huge hole at the head of our family table left by our patriarch that we can only fill with countless happier memories he has left with us.

“Come to me oh good and gentle servant and I will give you rest.” 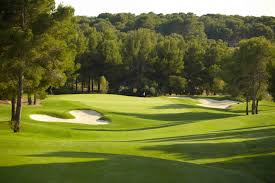