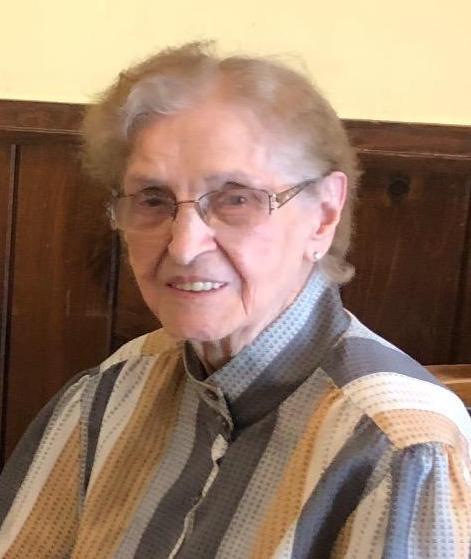 Nellie Boyko, an inpatient in the long term care wing of the Haldimand War Memorial Hospital,
was peacefully reunited with her late, loving husband of 73 years, Paul, and entered into the arms
of the Lord.
Treasured and unforgettable mother of Lorne (Valerie), Ron, predeceased, (Donna), Dennis
(Cathy), Christine (Phil Head). Cherished grandmother of Cheryl Lynn (Michael Summerfield),
Michael, predeceased, (Nicole), Lee-Ann Hanna (Pete), Danny (Sara), Ronnie Jr., Paul (Leah),
David, Jodi (Patrick MacDonald), Adam (Ashley), Julianne, Colin (Emily), Shannen (Aaron
McQueen), Brennan. Precious great grandmother of 16.
Visitation at JW Hart Funeral Home, 113 Lock St. East Dunnville on Thursday, September 5, 2019 from 4:00-7:00 pm with prayers at 3:45 pm. Funeral Mass will be celebrated at St. Michael the Archangel Roman Catholic Church on Friday, September 6, 2019at 11:00am. Interment Woodlawn Cemetery.
Nellie was the life-blood of her large family. She guided them, advised them and challenged them including the last week of her long and eventful life. From her hospital bed in the long term care wing, she suggested names for her next great grandson, picked the bedroom paint colour for
her grandson’s new house, and suggested her oldest son Lorne and her daughter Christine get their hair coloured. This tenacity was no surprise considering she came from Western pioneering stock.
Born in Saskatchewan to Violet and Tony Pocherwyn, she was the third in a family of four girls and one boy. She wrote and talked avidly to her sisters, Annie (predeceased), Mary (predeceased), and
Gladys and brother Albin. Always wanting to be a school teacher, she was six months away from receiving her teacher’s accreditation in Saskatchewan when she had to return to the family farm due to her father’s sudden illness. Eventually, she and her adventurous sister, Mary, went east to work in an ammunition factory in Oshawa. Nellie returned briefly to Saskatchewan to marry her sweetheart Paul. She shared the next 73 years of her life with him until his sudden passing in April 2019. Living in various areas of Southern Ontario, they finally settled in Dunnville in the early 1960s where Paul owned and operated Comet Drive-In Dry Cleaners. Nellie and Paul had four children, 13 grandchildren and 16 great grandchildren all living within driving distance of their home on Victoria Ave. This meant there was always a young person to help Nellie fulfill her wish of being a teacher. Her home had a special room with a blackboard, blocks and books for those frequent and enjoyable visits by youngsters. She never hesitated to help with art projects, provide photos for family trees, or play foreign language flashcards even with her adult offspring.
She won the Reader’s Digest millionaire sweepstakes every few weeks, but refused to accept the prizes because she worried being a multi-millionaire would change the life she loved. She never learned to drive because Paul was her devoted chauffer. She listened to the radio, watched the news and educated her children on the quirks and quarks of current events. She single-handedly kept the Sears Catalogue business alive, had cupboards full of gifts for all occasions, rewrote every Hallmark card, and arguably created the Facebook Wall, by taping ALL photographs to her living room wall. No one ever left her house hungry or empty handed. There was always baked goods, frozen strawberries, canned peaches or rhubarb perogies to eat; and, if you didn’t eat them at her house she packed a travel bag. The family quickly learned to stop resisting and just eat. She successfully cooked many foods, including traditional Ukrainian dishes, without measuring or following a recipe, and passed this skill along to her daughter. Nellie was a devote Catholic and a keen supporter of many Christian initiatives. She was a member of the Catholic Women’s League for over 50 years and always looked forward to contributing crocheted doilies and afghan blankets to the Valentine’s Day Tea.
The family sincerely thanks the staff of HWMH for their care, compassion and kindness. Memorial donations graciously accepted toward Dunnville Hospital & Healthcare Foundation –
ER Department. For a detailed notice and online condolences see jwhartfuneralhome.com
“Death leaves a heartache no one can heal, love leaves a memory no one can steal.” 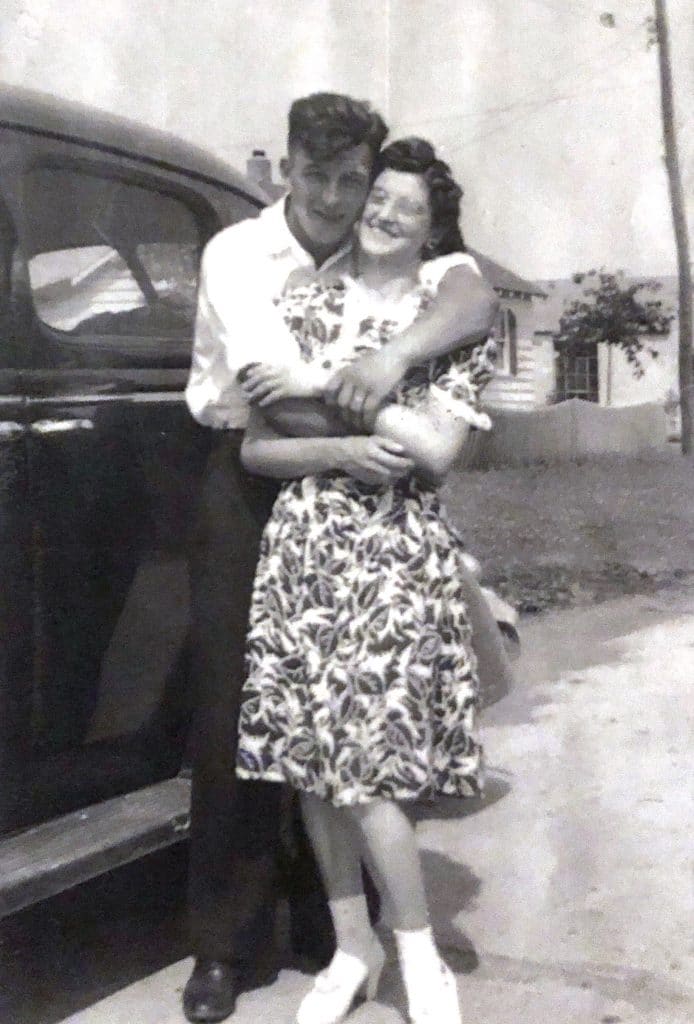 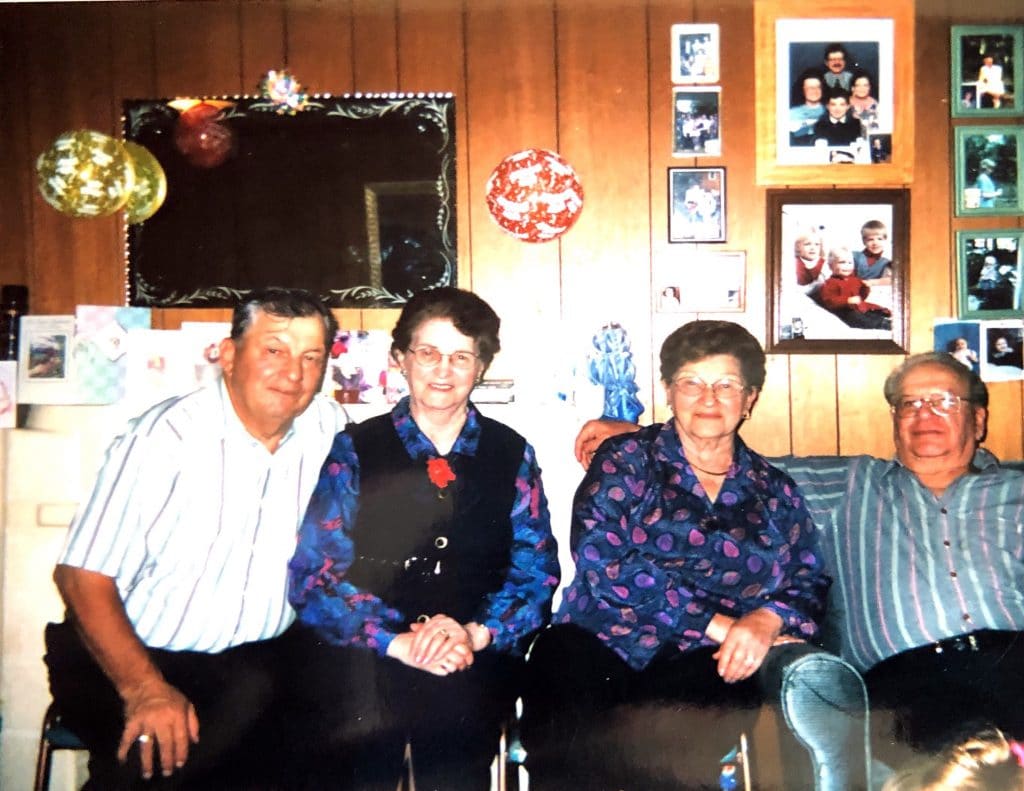 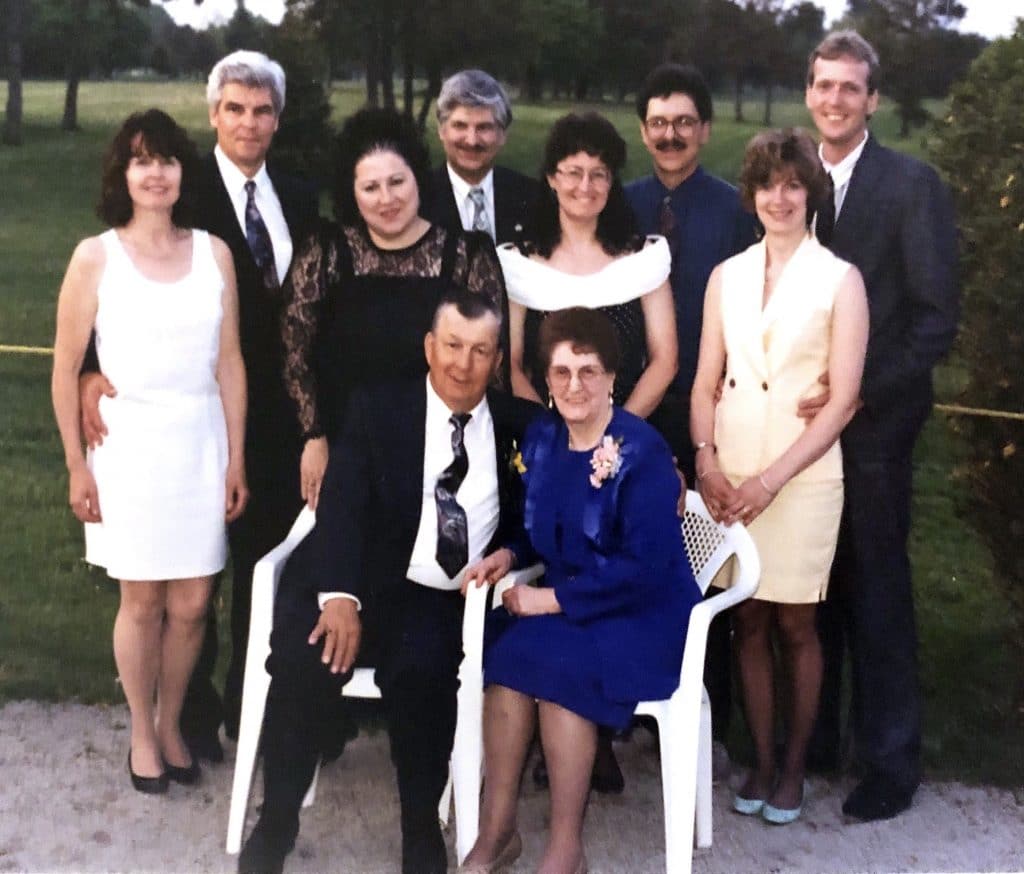 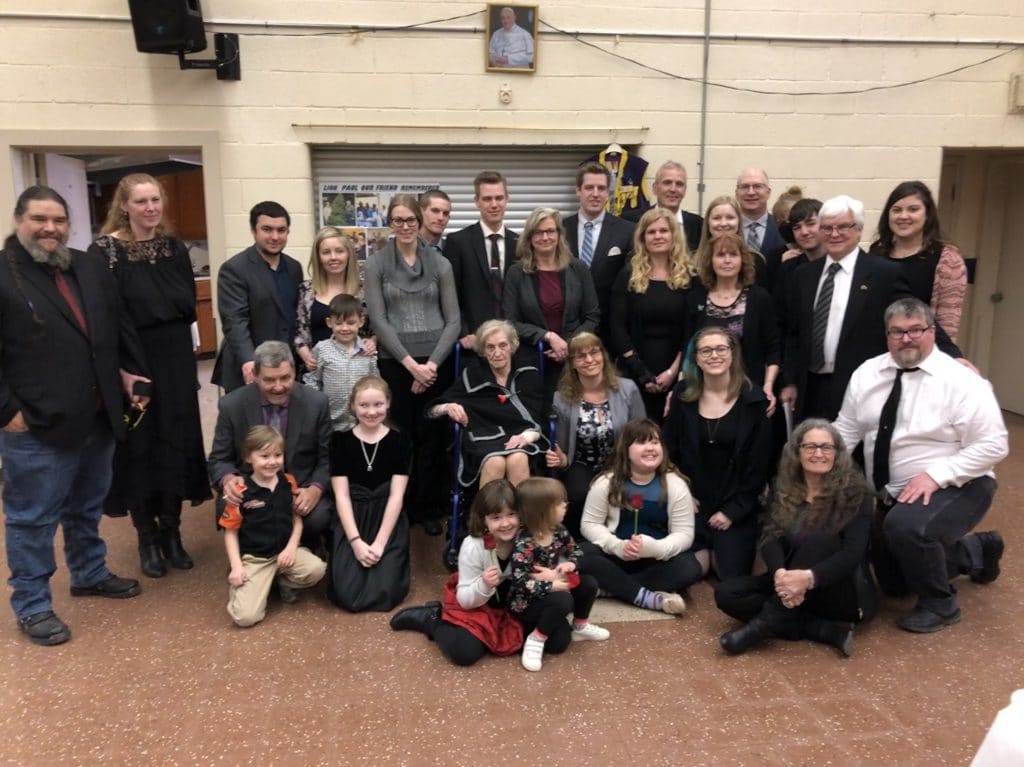 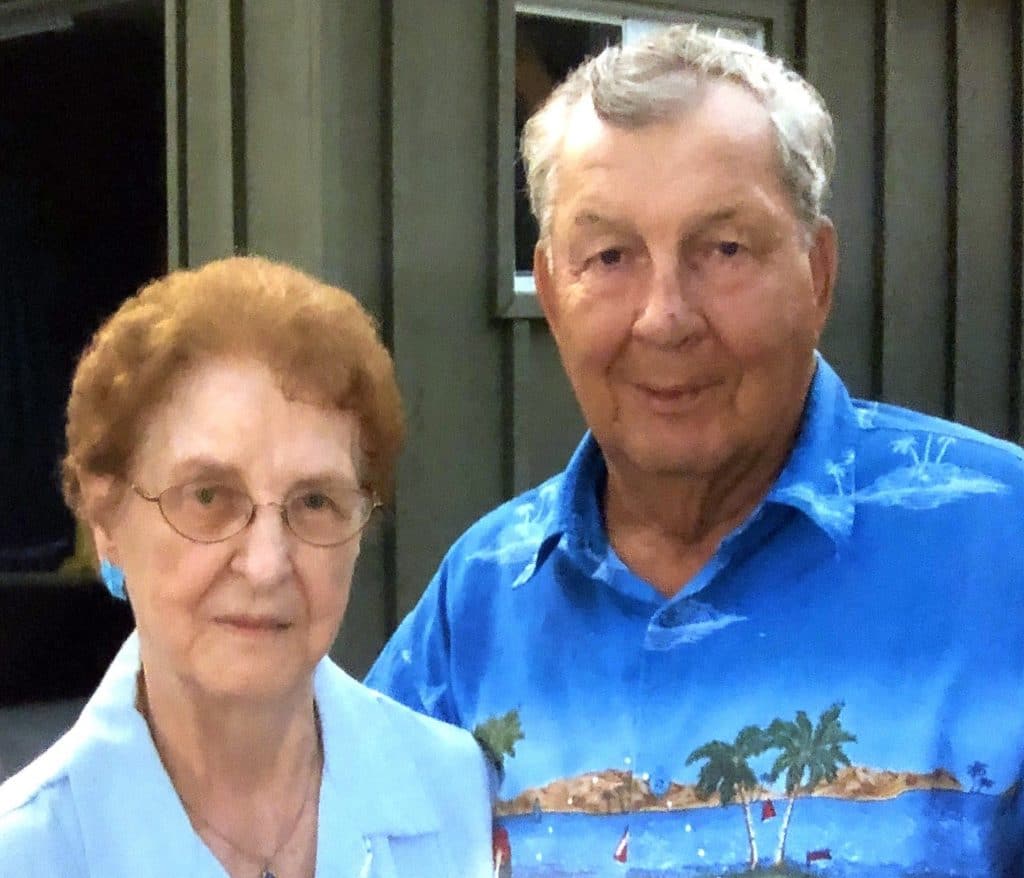 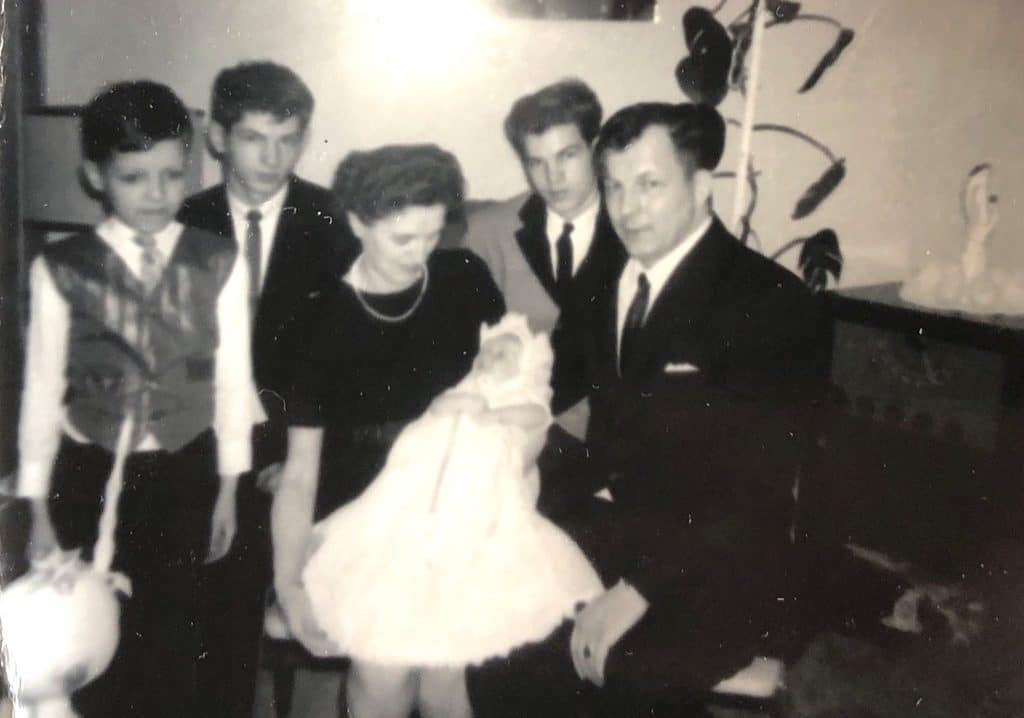