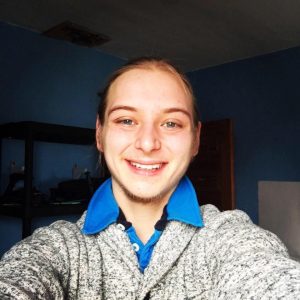 Scime, Michael Geoffrey David.Passed away March 28th, 2018, in his 23rd year. Sadly missed by his parents Tim & Amanda Scime (Southern), Grandparents Dave & Sue Scime, Ronald Southern. Aunts & Uncles David Southern, Michael & Pamela Metcalfe, Kevin & Lindsay Scime, Deborah Southern, Michael McIntee & Jacqueline Southern, and Kristy Scime. His cousins, extended family & all his friends that were like family to him, will miss him greatly as well. Michael had recently returned to school, at Niagara College in the Broadcasting- Radio, TV and film program, which he was enjoying. His smile and laughter was contagious, and outgoing personality made him instant friends with many who met him.
Please join the family in a Celebration of Michael’s Life which will be held on Saturday April 7, 2018  from 2:00 – 5:00 pm at JW Hart Funeral Home, 113 Lock St East, Dunnville (905)774-6335 . Memorial donations payable to ~ Niagara College ~  to establish a Bursary in Michael’s memory would be appreciated by the family. Online condolences www.jwhartfuneralhome.com