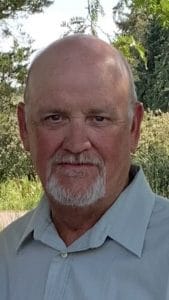 It is with profound sadness that we announce the passing of William John Daniel “Bill” MacDonald on February 26, 2022 in his 56th year.

Husband and golf partner to Jody.  Bill had many accomplishments in his life; none of them more fulfilling than being a father to his partner in crime & mini-me Mary, his side-kick hockey daughter Emily and his sports enthusiast son Jack.  Bill will also be missed by his race team; sister Sharon & his brother-in-law Mike Butler & his father John.  He is predeceased by his mother Margaret who he adored.  Bill was the ultimate family man – and had much love for his extended family; his mother-in-law Mary Stevenson (predeceased by his father-in-law Joe); his brother-in-law Todd & sister-in-law Darlene Stevenson and sister-in law Teresa and brother-in-law Tim.  Bill will be missed by his “Pit Crew” of nieces & nephews; Tara, Gage and Gates Stephens; Mitchell & Charlotte Butler; Shayne Stevenson, Erica and Stephen Trip; Ryan, Connor and Collin Hannigan.

Bill’s sense of community was bar none.  He started coaching in the 90’s and was part of the coaching staff of countless lacrosse and hockey teams.  Bill started games with an enthusiastic “Here We Go” and celebrated each win with an “oooohhhhh Yah”.  In 2016 Bill put together an incredible group of players, staff and parents and led them to a 5 series playoff run; winning the final game in overtime in their own barn; making them Provincial Champions.

Bill was the General Manager of the Dunnville Mudcats; and worked hard promoting the game and reviving hometown hockey.

Bill was one of the good ones – and that was evident in the impact he had on the friends he made and the players that he coached.  With his positivity, sense of humour and wit it is not surprising that he was so well liked.  He will miss his Sunday and Wednesday golf-buddies; his lifelong friends and of course the group of friends that made up Bill’s Bench.

When you think of Bill, remember his kind heart, his smile, his hearty laugh and love of the game.  Roll Cats Roll !

Prayers for your family. Bill will be missed by so many

My condolences to Bills family, always a great smile and I will miss the banter at the golf course.
Rest In Peace

I know that I am not the first one to say how deeply sorry for your loss. Bill was always a pleasure to be around, always, always witty, kind, and just a guy every mother wished for. Again, my sincere condolences.

So very sorry for your loss.