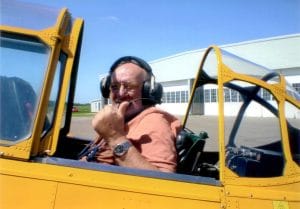 Ezewski, Roman “Ronnie”. Passed away suddenly on Sunday October 29th in his 71st year (08/23/1947) at Haldimand War Memorial Hospital.
Roman Ezewski enjoyed many years of farming in the Smithville area before becoming a steel worker; the profession from which he retired from. He loved his family and cherished time spent with his family. He was a skilled wood worker and loved fishing and boating, learning the latest farming techniques, airplanes, his love of life and laughter was apparent as he was always cracking jokes and looking forward to new life experiences. He was greatly cherished and will be missed by his partner Dianne McCollum, they spent 43 wonderful years together. Beloved father of Tim and Peggy Ezewski, Jordan & Rhance Robinson and Evan Ezewski & Emma Goodrich. Beloved brother of Mary and Philip Egerter, Diana Ezewski and greatly missed by his neices and nephews. He was predeceased by his parents, Peter  & Nellie Ezewski, sisters Helen, Rosie, Carol, Shirley & Doreen and brothers, Frank, Don, Jerry and Max.
Keeping with his wishes he is being cremated and a special memorial service will be held at a later date. Donations in Ronnie’s memory can be made to the Haldimand War Memorial Hospital or the Canadian Cancer Society.